The store will not work correctly in the case when cookies are disabled.

I Didn't Wear the Postpartum Belly Belt and Here's What Happened 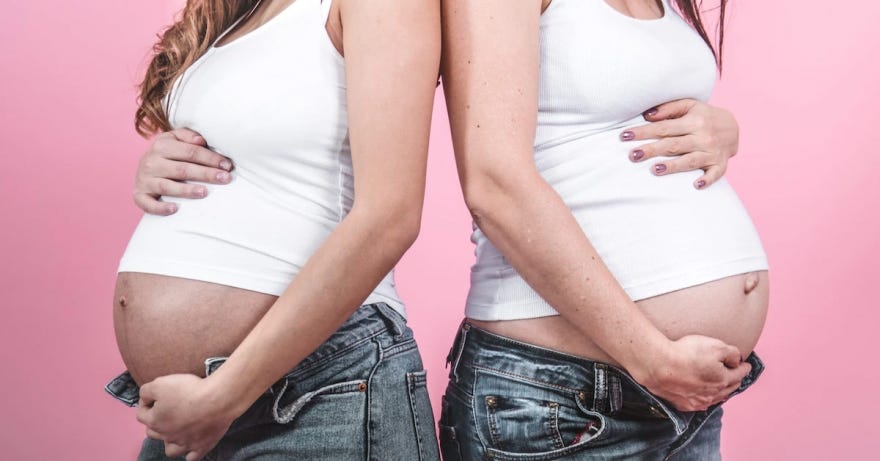 I don’t know if you’ve ever watched the Olympic weight lifting. Some gigantic eastern European beef-cake performing feats of super-human strength. I don’t personally seek it out, as a spectator, but once every four years I’m happy to make four or five minutes available for this strange spectacle.

If you pay attention, and look past the facial impersonation of a birthing mother, one thing you’ll notice, is that regardless of the weight-range - from Man Mountain through to Mr Chicken-Mc-Nugget, they all wear a belt. Not a single other piece of protective equipment. Other than an occasional strap… just a belt. Sometimes I wish they wore a little bit more.

In spite of all that training, it has obviously been deemed a necessity for someone who is carrying more than a regular load. I don’t know what would happen to a weight lifter who didn’t know about a weight lifter’s belt, but I imagine things could get ugly. A lot ugly.

In a small way I identify with the need for this belt. Because, as a new mum, I was also carrying an additional bundle, but I did it without a belt, and yes, it got ugly.

The simple fact is that there is only so much that you’re body’s natural ‘belt’ can hold. When you’re carrying a pre-walking infant, the problem isn’t just your little bundle’s weight. The baby itself is probably only weighing a few kgs. What makes it really damaging to your body, is the twisting, leaning, reaching, contracting-type activities, with that small weight compounding the pressure on the small axis of your lower back.

So, imagine that intense little environment in your lower spine. In peak health, it’s easy to understand why people slip disks, present with hernias and all manner of conditions. But then… consider a new mum.

After birth, abdominal muscles do their very best to recover from the recent (dare I say…) trauma. I say they try to recover, but let’s face it, unless you’re employing; a wet nurse, a nanny, a cook and a cleaner, I’m guessing you’re getting very little re-hab time.

It may not sound like a big deal, but lifting baby (approx 4 kilos), tucked into his capsule (another 4 kg), into the middle seat (the safest spot!) of my hatch-back (low to the ground), was a BIG deal for even my husband, who is twice my size and had not recently had his abdominal muscles shredded through pregnancy. So, the four - six times I did this a day, my poor little skeleton was getting a hammering.

And so it was, you would probably understand, that by the time my third child was delivered and eventually walking, my physical strength was barely enough to lift the weight of my legs out of bed each morning. The back and neck pain was the source of chronic headaches and there just didn’t seem to be a straight-forward solution to my damaged stomach muscles.

At the 12 month mark, I had forked out an unfortunate amount of dosh to my two new ‘besties' - the physiotherapist and remedial masseuse, I said enough was enough and took myself to a reconstructive surgeon to talk through the benefits of Diastasis abdominal surgery.

He enlightened me with the sordid details.  He told me how; he would make an incision along my pelvic area (from hip to hip), and then perform another incision, all the way up from my pelvis to my belly button. He would then, sew (yes sew!), my Abdominus rectus muscles back together, which at the time, had separated so profoundly during pregnancy and directly afterwards, that I could almost fit my fist through the top of my rib cage. To do this, he explained, he would then need to un-hinge my belly button and create a new one. Charming.

Although this meet did present me with choices, I really felt there was no deliberation required. I had to do it. I had already been told by now several medical professionals that my abdominal muscles would never again brace together, naturally.

Wrap up your belly before it's  too late

Four weeks later, I had the surgery. It went well and the recovery time was not a surprise, but none the less, was LONG. I felt resentful that I was infirm and weak. I felt annoyed to be missing out on hanging out with my kids, and playing in the yard. I was in a lot of pain and the discomfort would continue for many weeks to-come.

I was measured for my very own large, white, un-breathable, rigid, Post-op/maternity recovery band. I would be wearing this for the next eight weeks. I (inwardly) rolled my eyes at the irony of knowing that if I had worn a band through pregnancy and the post-natal period, that I wouldn’t be in this space at all.

Eight weeks on and several thousands of dollars later, things were feeling much better and my future strength was looking good. Feel free to learn from or ignore the lessons that I learned, but don’t argue with Big Boris the Bulgarian. Wrap a belt around that mid-section before you take that gold medal lift.

Previous Next
Shop The Story
You've added this item to your bag.
Recent Posts

How to sleep like a baby, when you’re expecting one 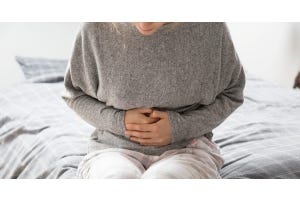 How to Deal with Pregnancy Constipation? 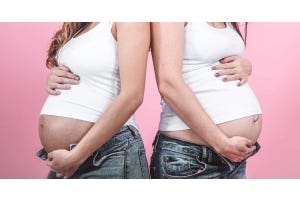 I Didn't Wear the Postpartum Belly Belt and Here's What Happened 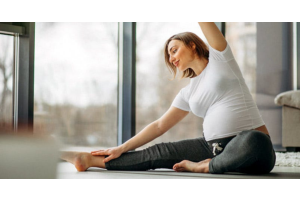